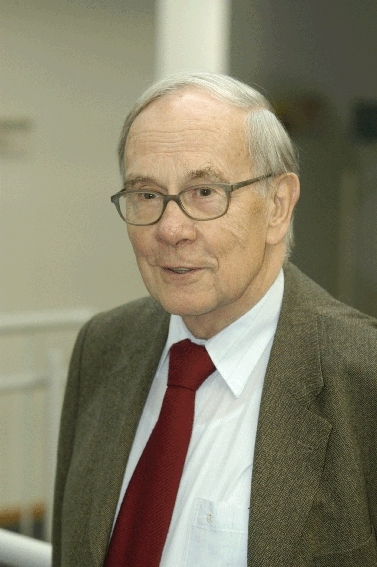 Fritz Hirzebruch studied mathematics at Munster. In 1956 he became professor at Bonn where he remained until his retirement. In 1980 he founded the Max-Planck-Institut fur Mathematik, serving as Director until 1995. His profound contributions to mathematics – in applications of topology to algebraic manifolds and number theory – and to German mathematical life, were honoured by many prizes, including that of the Wolf foundation in 1988 and the Georg Cantor medal of the DMV in 2004. He was honorary president of the 1998 International Congress of Mathematics in Berlin.

The EMS was founded on 28th October 1990, with 27 institutional members. Fritz Hirzebruch was elected as founding President. The society was constituted under Finnish law, so it was natural to base the secretariat in the Mathematics Department of Helsinki University. The Society was extremely fortunate to have Tuulikki Mäkeläinen as its administrative secretary in its formative years.