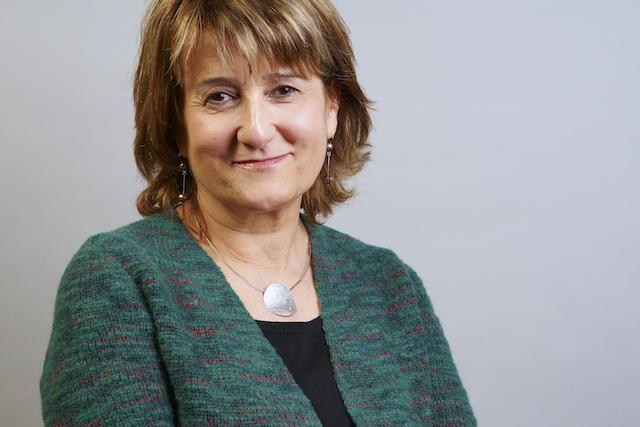 Dear EMS member, By the end of this year, my term as President of the European Mathematical Society will come to an end. This is therefore my last traditional annual message, and I would like to start it by sending you all my belated best wishes for a very prosperous and peaceful year 2014.

A great deal of our activity in the forthcoming months will be focused on the organization of the Council meeting. This will happen on June 28-29 in Donostia/San Sebastián, by invitation of the Royal Spanish Mathematical Society (RSME) and the University of the Basque Country. The Council is the supreme authority of the Society. In its biennial meetings decisions about future EMS policies are taken, and the Executive Committee obtains the guidelines for its daily work. Every member of the Society has the possibility to contribute actively through the elected delegates. In a few weeks, the formal announcement of the Council will be published. It will contain an outline agenda and a request for other agenda items, the request for nominations for vacancies of delegates of individual, institutional and associate members, and for appointments of delegates by full members. Elections of members of the Executive Committee will be an important item of the Council agenda. Three officers -President, Secretary and Treasurer- are to be elected. There will be also a vacancy of one member at large. A substantial part of the Council meeting will be devoted to the presentation and discussion of the work done within the eleven EMS committees. This will not only provide an opportunity to obtain an account of a diversity of projects, but will also be a forum for exchanging views and getting inspiration for future initiatives. With about 110 colleagues collaborating as members of the EMS Committees, their activity generates an incredible number of very valuable results. Clearly, the EMS would not have reached the acknowledgement and strength we enjoy without the solid pillars provided by the Committees.

Following the Council, the University of the Basque Country will host a mathematical Congress in Bilbao (June 30-July 4). Under the auspices of the EMS, and jointly organized by the EMS member societies in Italy and Spain, The Catalan Mathematical Society, The Italian Mathematical Union, The Italian Society for Applied and Industrial Mathematics, The Royal Spanish Mathematical Society and The Spanish Society for Applied Mathematics, it is expected to be a large and very successful congress where mathematics in its unity will be presented in the format of plenary lectures and special sessions. As a part of the programme, the EMS lecture series will be delivered by the EMS Lecturer 2014, Miguel Ángel Herrero. Alfio Quarteroni will be the EMS distinguished speaker at the Congress. We invite you to participate actively in this interesting event. Contributing to the training of the young generation of mathematicians constitutes one of the priorities of the Society. The EMS Summer Schools are designed to fulfil this objective. To increase the already strong commitment with this highly important objective, a call for proposals of EMS Summer Schools in 2014 was published in May last year. As an outcome, three EMS Schools will be organized. This is in addition to other EMS Summer Schools already planed. Indeed, since 2008, every year, about three Summer Schools in Applied Mathematics are organized in partnership with several academic organizations. For 2014, two of these schools organized jointly with the ESMTB and CIME have already been announced. The second EMS-IAMP School in Mathematical Physics will take place in July at the Erwin Schrödinger Institute. The topic this year is Mathematical Relativity. Through the EMS Committee Women in Mathematics, the EMS is contributing to the organization of the 6th European Women in Mathematics Summer School to be held at the Institute Mittag-Leffler in June. New synergies derived partly from the changes in the remit of the EMS Committee for European Solidarity and of the annual meeting of Presidents of EMS member societies are giving new and interesting results. An example is the join initiative of the mathematical societies in Armenia, Azerbaijan, Georgia, Iran, Russia and Turkey to hold a conference in Tbilisi, under the auspices of the EMS. More concrete information will be given soon. The Turkish Mathematical Society has invited the Presidents of EMS member societies to hold their Seventh Meeting in Istanbul on April 12. Following the format of the last edition, part of the meeting will be devoted to discuss how national societies can influence at the national level suitable policies for mathematics, with special emphasis on education and knowledge transfer to industry. The meeting will also be a good occasion for the Executive Committee to get inputs for the Council agenda.

Horizon 2020, the EU Research and Innovation Programme for 2014-2020 was approved last November and in December the first calls were announced. Of particular interest for mathematicians are the calls for proposals for grants of the European Research Council (ERC) and the Marie Sklodowska Curie Actions (MSC). The ERC website contains clear and precise information on the calls. In contrast, it is more demanding to have a quick and informative overview on other EU calls. We plan to elaborate a simplified version of the most relevant calls for mathematics for its dissemination, as we already did for the first MSC calls published last December. Under the leadership of the EMS Committee for Applied Mathematics and the Committee for Electronic Publishing, in co-operation with other partners, initiatives to continue the EuDML project and to implement some of the recommendations of the Forward Look for Mathematics in Industry, respectively, have been set up. It is our hope that they will benefit from funding under Horizon 2020. The last year left us with the excellent news of the appointment of the second EMS President, Jean-Pierre Bourguignon, as new President of the ERC. With his large experience, international projection and distinguished profile, Jean-Pierre is in the best position to exert strong leadership and to further develop an organization devoted to fund the best curiosity-driven research in every discipline in Europe. We congratulate him very warmly and wish him much success.

In 2015 the EMS will celebrate its 25th anniversary. We would like to mark this event with a one-day event devoted to a reflection on the future of mathematics and its connections with other disciplines and with the technological developments of the society in this rapidly changing world. The selected place to have the celebration is the Institut Henri Poincaré in Paris. I take this opportunity to thank its Director, Cédric Villani for hosting an event of such special significance for the Society. Also in 2015, and for the first time since a reciprocity agreement with the American Mathematical Society was signed in the year 2000, a joint International Mathematical Meeting AMS-EMS with the Portuguese Mathematical Society (SMP) is being organized in Porto, June 10-13. The selection of plenary speakers has already been done by the Scientific Programme Committee and soon a call for the organization of Special Sessions will be announced. Shortly after the closing of the 6ECM, both the Executive Committee and the Berlin colleagues in charge of the organization of the 7ECM started the first steps of a long run with deadline July 22, 2016. The chairs of all committees were appointed last year. These are: Timothy Gowers for the Scientific Committee, Björn Engquist for the EMS Prize Committee, Mario Primicerio for the Felix Klein Prize Committee and Jesper Lützen for the Otto Neugebauer Prize Committee. Recently the members of the Scientific Committee have been appointed and more organizational actions are underway. Keep informed with news on the Congress by visiting its website. The scientific programme of the next ECMs will have a new highlight, the Hirzebruch Lecture. This is by an agreement between the German Mathematical Society and the EMS, in honour of the memory of Friedrich Hirzebruch, the first President of the EMS. Let me end this report by stressing that so much activity could not be possible without the devoted work and continuous collaboration of many people with different degrees of responsibility. My deep and warm gratitude to all them, and to you all for your support. Marta Sanz-Solé President The European Mathematical Society Links for items mentioned in the message: http://www.ehu.es/en/web/fjim2014 http://www.euro-math-soc.eu/EMS-AMC/EMS-Applied_Mathematics_Committee_index.html http://www.esi.ac.at/activities/events/2014/ems-iamp-summer-school-on-mathematical-relativity http://www.math.ucsd.edu/~alina/ewm/ http://ec.europa.eu/programmes/horizon2020/ https://ec.europa.eu/research/participants/portal/desktop/en/opportunities/index.html http://erc.europa.eu/ http://aep-math2015.spm.pt http://www.7ecm.de/ January 2014

Past messages from the president